Yes, I am in fact referring to Valentine’s Day. While I did not get free Baci (the famous kind of chocolate in Perugia which were apparently being given out for free… I was not aware!), it was still a very fun day. My roommates and I decided we were going to make a homemade dinner – homemade gnocchi with a Bolognese sauce, green beans, and some steak (that ended up having a makeshift sauce to go with it). For dessert, we made cookie “bark” – so essentially chocolate cookies cut up and then put into more chocolate. Needless to say it was a delicious meal. I’m especially impressed with our homemade gnocchi and plan on making it again! 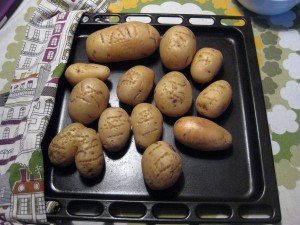 First step was to bake some potatoes! 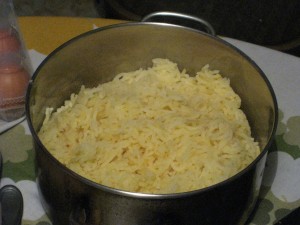 We scooped out the inside of the baked potatoes and riced them into a pot (we actually ended up moving it all to a bigger pot than this one). 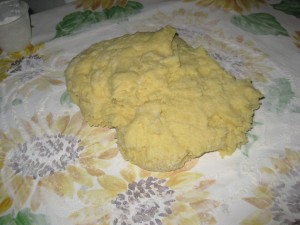 We then added flour and eggs to make the dough.

Finally we made the gnocchi! This is only a portion of what we made. 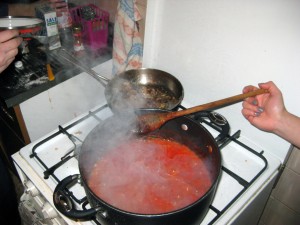 Making the sauces! Also, in terms of cooking the gnocchi, after refrigerating them some, we just dropped them into some boiling water until they were floating – perfect texture! 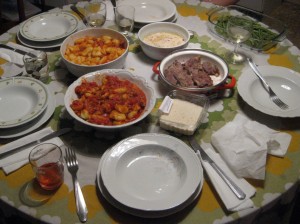 And dessert! Trust me it tasted much better than it looks.

Dinner wasn’t the only cool thing that happened on Valentine’s Day though. There was also a flash mob on the main street in Perugia. It was for One Billion Rising – a global campaign to end violence against women. Many cities around the world participated in this global flash mob. I found a video of the one in Perugia on Youtube that captures it better than my photos will. Click here to see it. It’s not the best quality but you can get a good feel for it. I was standing not too far from where this video was taken on the left side (I didn’t learn the dance moves in time). Before the dance there were people speaking as well – it was a pretty powerful event!