Saturday:
We decided to go to Brussels for one day (instead of 3 days in Dublin) because there was a convenient flight directly from Brussels to Perugia’s small airport (otherwise we’d fly into Rome, then take a train from Rome to Perugia). After flying back into the right time zone I was a little unimpressed with my first experiences in Brussels. First of all, there was only one real way to get from the Brussels Charleroi Airport to the city center – and it cost 22 euro roundtrip! That was WAY more than any of the other cities we went to. Not only that, but they only accepted exact change cash and not the kind of credit card I have. Sigh. I suppose I should be thankful to be there in the first place but it was a bit frustrating. Two of my roommates had already purchased their tickets and gotten on the bus. By the time my other roommate and I purchased our tickets the bus was full, so we ended up meeting them after the next bus came. While waiting in the airport (sitting on the floor with my bag next to me), a guy kicked my bag while walking by. Let me just say there was plenty of room for him to walk. But, as karma sometimes works, after he put some bags down, about to go into a mini food mart, he tripped hardcore and cursed at his bag. Perhaps he just doesn’t look where he’s walking?

Once in the city center, my roommates and I got lost trying to find the hotel we were going to stay at for the night (Royotel – 25 euro per person for the night). After walking for awhile in the wrong direction, we decided to just start over and return to the main train station (where the bus dropped us off). Only being there for a day, we decided to take a taxi to our hotel – a very good decision because it would have been a long walk! We arrived at our hotel, after some failed conversations in French with the taxi driver, and settled in.

Finally, this is where the day turned around for the better! We mapped out where we wanted to go and started walking. We saw some historical sites then stopped in a square to eat lunch and buy Belgian waffles! They’re as good as they sound – I could have eaten just the waffle itself, it had such a good flavor. Considering the amount of time we had in Brussels, we really made it a point to eat… a lot. It was just a part of the cultural experience, right? Right? Anyway, after more sightseeing we walked down this one road completely taken over by very similar style restaurants. They all seemed to have 12 euro or 18 euro three-course meals with similar menus. In addition to this, they each seemed to have someone outside trying to convince you to come into their restaurant over those of their similar neighbors. One guy convinced us, and we ate at his restaurant (called the Lobster House). It was a very pleasant atmosphere – we sat next to a small fire and the lighting was nice. We each got the 12 euro, 3 course meal. I ordered the butter and garlic shrimp, sea bass with potatoes and salad, then another waffle for dessert – it was a really great dinner! After eating, we walked back towards our hotel and I actually think I fell asleep as soon as my head touched the pillow. The following morning, we again took a taxi (the receptionist at the hotel called for us the night before) to the station, took the bus to the airport, and boarded a 9 something flight back to Perugia!

It was an amazing spring break and I am so grateful to have had the opportunity. I was able to check four more countries off my list of countries to see!

Here are my pictures from Saturday in Brussels: 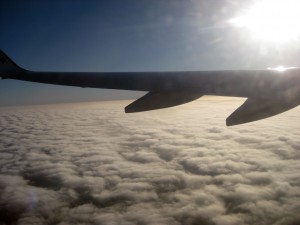 A view outside the plane on the way to Brussels! 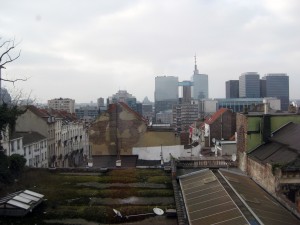 The view of Brussels from our hotel room. 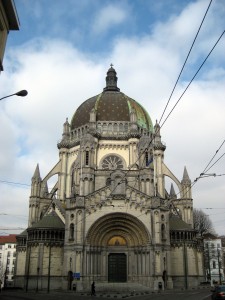 The botanical gardens! Which seemed to only have one entrance and exit… 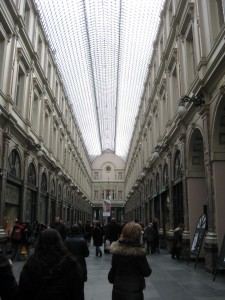 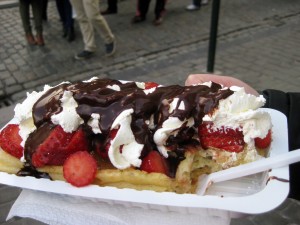 A Belgian waffle!!! So so delicious!

The famous peeing boy statue – I’m really not sure about the history of this one. 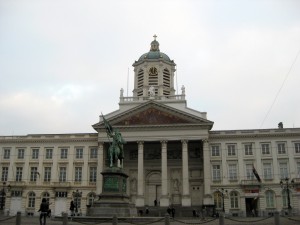 I’m not sure what the name of this building is, unfortunately. 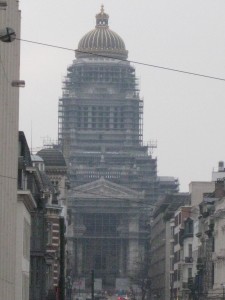 The Palace of Justice – there was some construction work being done on it. 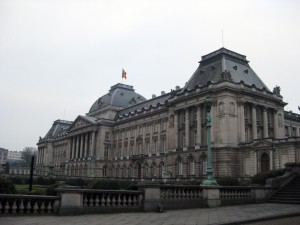 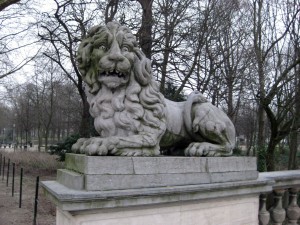 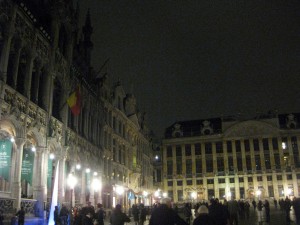 The Grand Palace! Sorry it’s so dark, we only actually found it at night.

The butter and garlic shrimp as a starter. 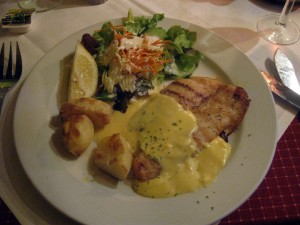 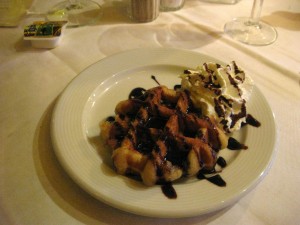 Yet another Belgian waffle!