Last weekend my friend Gabby from Babson (not roommate Gabby) came to Perugia!  We stayed in Perugia on Thursday, went to Florence on Friday (into Saturday morning), and took a train from Florence to San Gimignano on Saturday for the day.

In Florence we didn’t see that much that was new, especially just in one day, and unfortunately the rain streak continued. However, it was still nice to see a familiar place and when we went inside the Duomo I was just as impressed as ever. The highlights of the day, at least for me, mostly related to the food we ate. You could say it was a Brussels like experience where we likely ate more than we should have, but it was fabulous at the same time. The main food highlights were gelato, pizza (personal size), and late night pastries. We really couldn’t have made that day healthier if we tried. Regarding the late night pastries, don’t underestimate the value of a freshly made pastry when you least expect it. They are so fresh (since I’m generally not awake when they’d be freshest in the morning or, more often than not, I make my own breakfast) it’s amazing! I got a croissant with fresh cream inside – so delicious. There is a place similar in Perugia where we have gone a couple of times, it’s just as good.

Here are a few pictures from Florence: 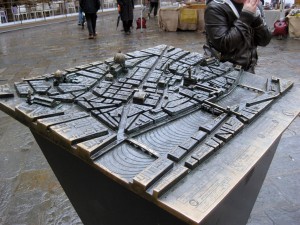 A neat 3-D map of Florence in Piazza della Repubblica.

A view of how gelato counters look. 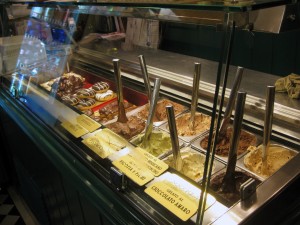 The other side of the counter!

Pizza for dinner! We were so hungry after walking all day it tasted delicious. 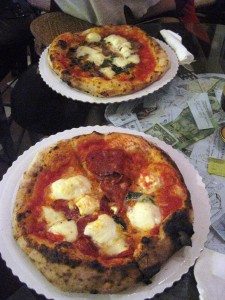 I split a spicy salami pizza and an anchovy and capers pizza with Gabby. 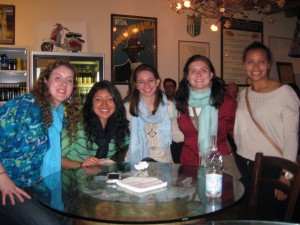 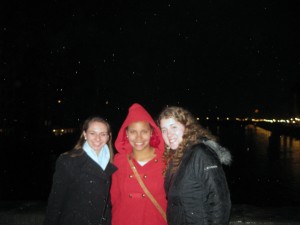 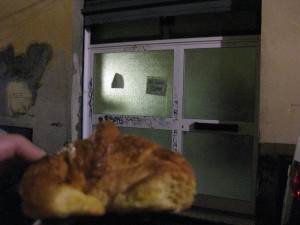 The late-night croissant – a little blurry because of the lighting, unfortunately. You knock on the doors in the back to get them! As you can see it’s clearly unmarked, but a local friend pointed it out to us!

Saturday we went to San Gimignano which is a medieval town with 14 towers of all different sizes. It’s a really interesting place to just walk around – there aren’t too many “big name” sights to see. While it rained lightly a few times for the most part the clouds held off. A big highlight was going to a gelateria which has won the title “World Champion Gelato” – and I have to say, it really was that good.

Here are some pictures from the day: 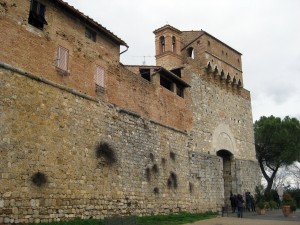 Outside the town walls of San Gimignano. 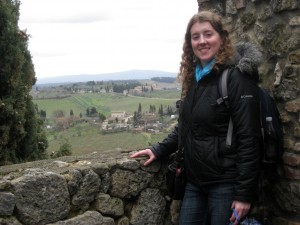 We walked on a trail around the outside of the town for a bit and it had some pretty views! 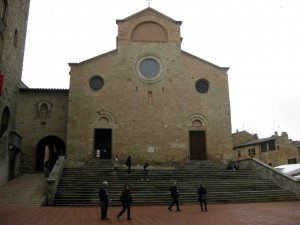 The Duomo of San Gimignano.

And thus starts the long line of pictures of towers! 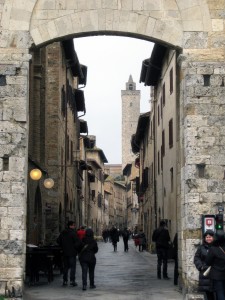 About to enter the town! 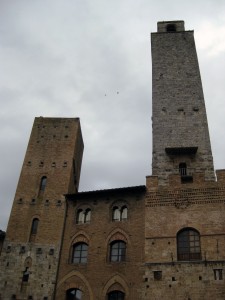 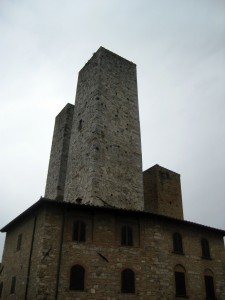 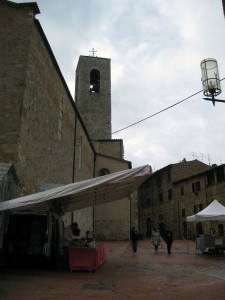 And yet another tower.. with a bell! 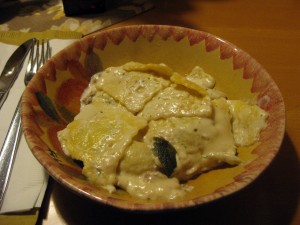 A sun dial on the side of the church! With an accurate time too.

A cool little shop where all of the products are from San Gimignano. 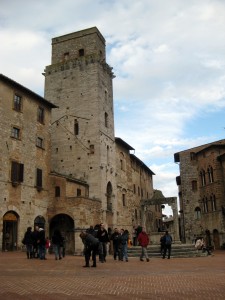 And yet another tower. 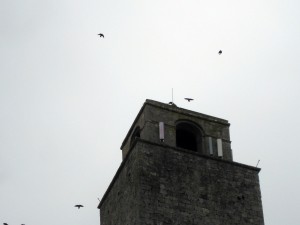 These birds (perhaps crows?) were flying around the towers all day, giving the place a slightly eery feel. 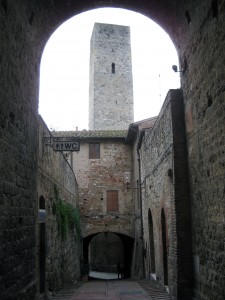 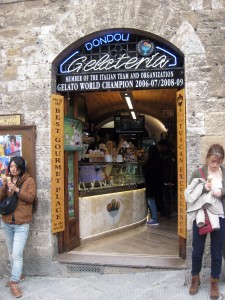 The title says it all! I took the picture during a 30 second lull in foot traffic through the gelateria. 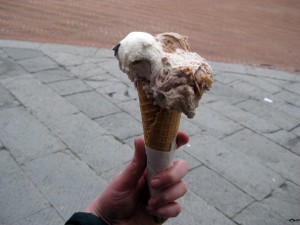 The DELICIOUS gelato (best I’ve had in Italy). I got three flavors – hazelnut (with hazelnuts actually mixed in), stracciatella (not sure how that translates, something like cookies and cream), and cinnamon – yum!! 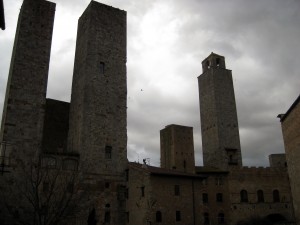 I really wasn’t kidding about the number of pictures of towers. 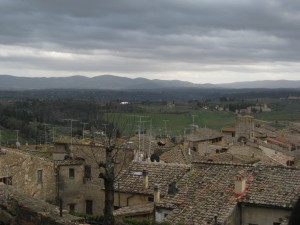 Another view overlooking the countryside! 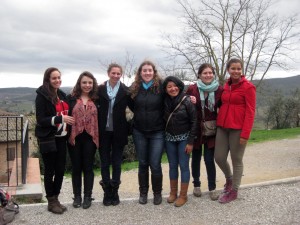 All of us together who went on the San Gimignano trip!